21st AGM: Strong earnings in FY19 backed up by prudent cash flow management will help mitigate the impact of COVID-19

SEPANG - Malaysia Airports Holdings Berhad (MAHB) held its first ever virtual annual general meeting (AGM) earlier today at Sama-Sama Hotel, KLIA. The Chairman of Malaysia Airports Tan Sri Datuk Zainun Ali had said that the Group had registered strong performance in FY2019 achieving record revenue and core earnings before interest, tax, depreciation and amortisation (EBITDA) of RM5,213.1million (an increase of 7.4% from FY2018) and RM2,292.0 million (an increase of 9.3% from FY2018) respectively. Coupled with prudent cashflow management, this had put the Group on a stronger footing to weather the impact of COVID-19, and take the opportunity to create value for its stakeholders.

Following the outbreak of the COVID-19 pandemic, the Group had taken immediate and pre-emptive measures to mitigate its impact by implementing an aggressive cost optimisation plan which will keep the Group relatively stable. The 18-month plan involves recalibrating operational efficiencies i.e. rebasing cost and prioritising capital expenditure to conserve cash reserves and ensure that the Group is able to meet its financial and operational obligations. The Group had also started to pare down non-essential operating costs with the aim of lowering it by at least 20%.

At the same time, the airport is gearing up to improve its operational efficiency. While most capital expenditure is being reviewed as part of the cost optimisation plan, the Group is still going ahead with mission critical investments such as the replacement of ageing assets, runway rehabilitation, washroom refurbishment and commercial reset.

The pandemic has resulted in a new reality with strong demand for technology. Following this, KUL had also recently completed its core network migration, and both terminals in KUL are now compatible 5G, WiFi6 and Internet of Things (IoT). This revamped network will have at least 10 times the capacity of the previous network.

According to the Group’s Chief Executive Officer Dato’ Mohd Shukrie Mohd Salleh, the airport is also working with partners to revive the industry and bring back the travelling public’s confidence in air travel, “Many safety measures have been put in place at the airports with technology the driving force in contributing towards a safe and contactless airport experience. These include facial recognition technology, self check-in, self bag-drop and contactless security screening, automated UV disinfection and e-wallets or mobile payment services.” 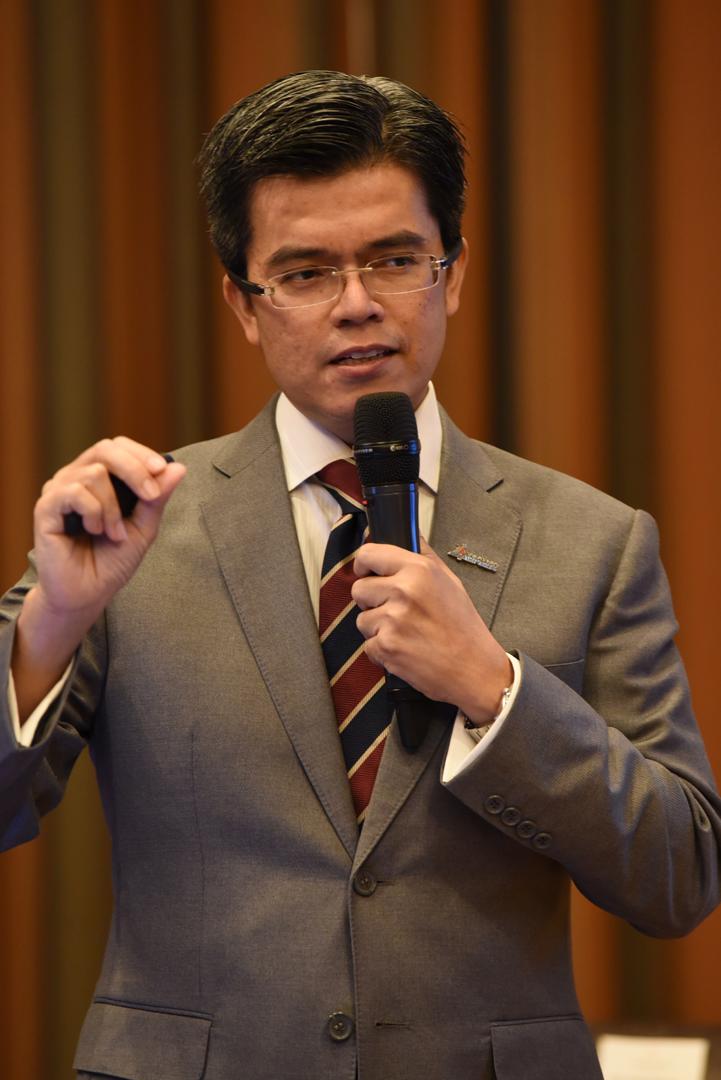 Dato’ Mohd Shukrie also expressed his optimism on the gradual recovery of the aviation industry with the easing up of travel restrictions, “We expect to see some revenue recovery later in the year in line with the government’s push on domestic tourism and the opening up of international borders. Starting 10 June onwards, we have seen all our local airlines resuming their domestic flight routes and increasing frequencies. 20 foreign carriers have also started flying into Malaysia from 16 destinations and we have seen an increase of 25% in average daily flights in KL International Airport (IATA Code: KUL). The situation in Istanbul Sabiha Gokcen International Airport (IATA Code: SAW) is also improving with the Turkish government allowing domestic travel from June onwards. With this relaxation, airlines such as Pegasus and Anadolujet Airlines have already increased their flight frequencies.”

The Group is also enhancing efforts to drive traffic in order to rebuild network and growth at its airports. This will be done through direct incentive programmes for airlines, as well as marketing and promotional funds to drive tourism.

“Nevertheless, we will not see traffic numbers at the airport go back to pre-COVID-19 days in the near future. So, we are also intensifying efforts to drive our non-aeronautical revenue. We are already seeing the resumption of commercial activities at our airports with meeters and greeters now allowed to enter the terminal building. As we proceed with our Commercial Reset plans, we hope that the new retail offerings will contribute in driving sales. We have also expedited our plan to launch our e-commerce platform called shopMYairports so that retailers can expand their market beyond the airport. Additionally, we aim to hold airport-wide mega sales to help them clear their inventory. Apart from the 3-month moratorium on rental and charges that we have offered since April, we are exploring extending the tenure for newly signed contracts to allow our retailers more time to recover their capex investment. Notwithstanding this, we are continuously discussing with the government on assistance programmes for the aviation industry. This is our way of creating value for our partners especially in mitigating the impact of COVID-19,” he added further.

Dato’ Mohd Shukrie also said that based on historical trends on market resilience after multiple aviation setbacks, in tandem with a rising middle income population and robust GDP growth, he is optimistic that the Group will be able to recover within a reasonable timeframe. On top of which, Malaysia and Istanbul both have a strong hub advantage and are able to take advantage of leading low-cost carriers to drive demand and recovery, as well as leverage home-based full-service carriers who are among members of the three largest global airline alliances in the world.

During the AGM, Tan Sri Datuk Zainun Ali reiterated the Group’s commitment to its shareholders, citing the final dividend payout for FY2019 as an example. The Board of Directors had approved a final dividend of 10.0 sen per ordinary share paid in May 2020 together with the interim dividend of 5.0 sen per ordinary share paid October 2019. The total dividend payout for FY2019 amounted to RM248.8 million or equivalent to 52% of the total adjusted profit after tax (PAT), which surpasses the Group’ dividend policy of payout of at least 50%.

She concluded the AGM by extending her appreciation on behalf of the Group’s Board and Management to all its shareholders; airline and retail partners; government and regulatory agencies, business partners, vendors, and suppliers for their continuous support towards Malaysia Airports. 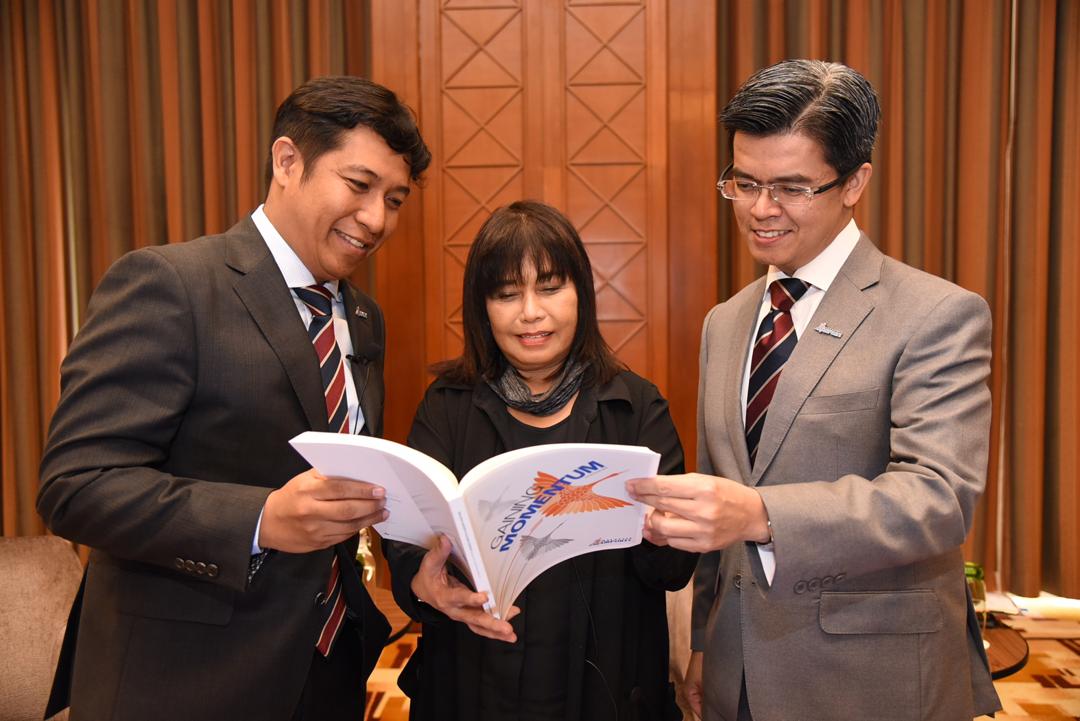 Malaysia Airports To Gain Back Momentum In Passenger Numbers