Board Of Directors
Our Board of Directors, among the most experienced and dedicated people in the relevant industries, bringing together a wealth of skills and expertise to Malaysia Airports. 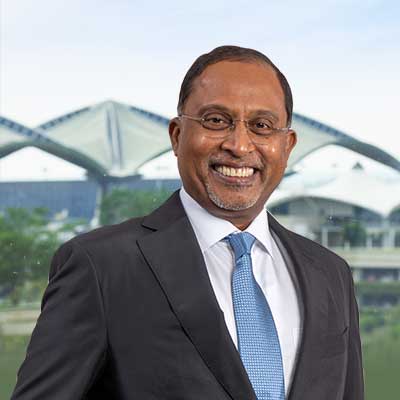 Dato’ Seri Diraja Dr Zambry Abd Kadir was appointed as the Non-Independent Non-Executive Chairman of MAHB on 12 August 2020. Dato’ Seri Diraja Dr Zambry possesses a wide and varied working experience which among others include serving as Adjunct Professor at Universiti Sultan Azlan Shah (USAS), Professor in Practice at Putra Business School, Universiti Putra Malaysia (UPM), Adjunct Professor at the Department of Political Science, International Islamic University Malaysia (IIUM), CEO of Mind  Institute, as well as CEO of Centre for Leadership and Development Studies. He holds a Doctor of Philosophy (PhD) and Masters degrees from Temple University, USA, as well as Masters degree and Bachelor of Economic (Hons) degree from IIUM. He has also attended the prestigious Harvard Leadership Program at the Kennedy School of Government, Harvard University. 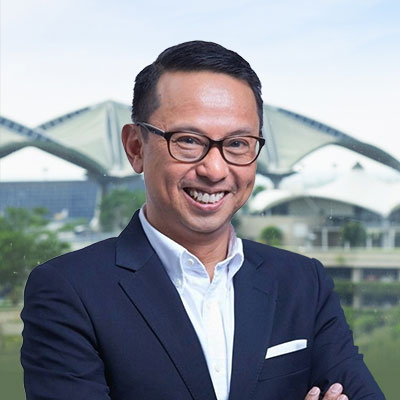 Dato' Iskandar is a corporate leader with over 32 years of experience and had served several companies from multinationals to GLCs, in multiple sectors, of which 18 years were in leadership positions. He had previously served Malaysia Airports Holdings Berhad (MAHB) as General Manager (1999-2003) where he had led the Initial Public Offering (IPO) and listing of MAHB on Bursa Malaysia. His portfolio in MAHB had included Finance, Corporate Finance, Business Development, and Investor Relations. He was also involved in international ventures including taking over the operations of India's Hyderabad Rajiv Gandhi International Airport and as Board Member of Cambodia's Phnom Penh and Siem Reap airports.

Dato’ Iskandar also has postal and logistics background having served as Group CEO of Pos Malaysia Berhad (2013-2015). He specialises in turnaround initiatives and was involved in the turnaround of several GLCS.  He also led Media Prima Berhad's turnaround from 2019 to 2021 (2019-2020 as Group Executive Director, and 2020-2021 as Group Managing Director). He was involved in the technology sector as founding CEO of Malaysian Biotechnology Corporation Sdn Bhd and Chairman of Malaysian Bio-XCell Sdn Bhd (2005-2011). He had also served on boards of technology sector public listed companies, i.e. Theta Edge Berhad (Chairman 2017-2019, Independent Non-Executive Director (INED) 2019-2021) and Globetronics Technology Berhad (INED 2012-2021). He was also Managing Director of Manipal Education Malaysia Sdn Bhd (2011-2013). 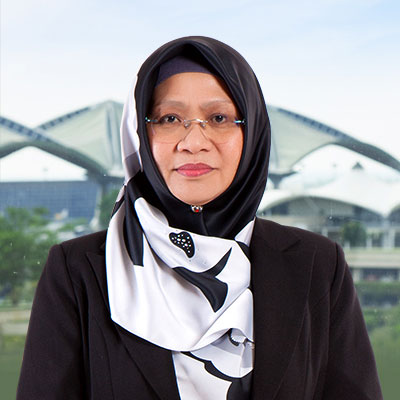 Currently, she is the Deputy Secretary-General (Policy) of the Ministry of Transport. 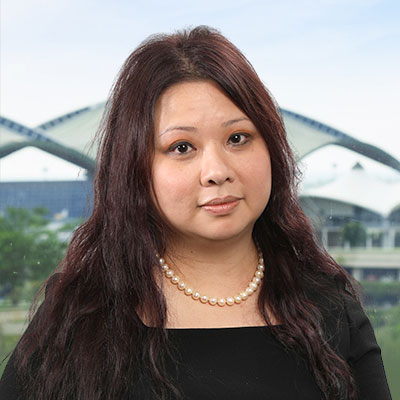 Wong Shu Hsien was appointed to the Board of MAHB as a Non-Independent Non-Executive Director on 7 March 2019. She is a member of Board Audit Committee, Board Nomination & Remuneration Committee and Board Finance & Investment Committee of MAHB.

Shu Hsien joined Khazanah Nasional Berhad in February 2005 from BinaFikir Sdn Bhd. Previously, she worked in a private equity firm called Emerging Markets Partnership, the Principal Adviser to AIG Infrastructure Fund II. She is currently a Director of Investments at Khazanah Nasional Berhad. Shu Hsien sits on the Board of Directors of UEM Group Berhad, PLUS Malaysia Berhad and Projek Lebuhraya Usahasama Berhad. 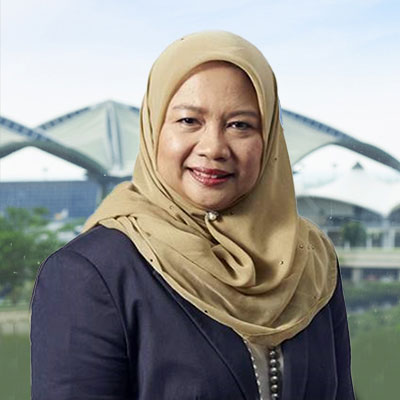 Puan Rohaya Mohammad Yusof, aged 56, was appointed to the Board of MAHB as a Non-Independent Non-Executive Director on 1 October 2021.

Puan Rohaya Mohamad Yusof is the Chief Investment Officer of Employees Provident Fund (EPF), appointed in January 2020. She joined the EPF's Investment Division as Head of Corporate Finance in 2008 and was appointed as Head of Capital Market Department in 2011, overseeing global and domestic fixed income. In August 2017, she was appointed as Head of Private Market, whose primary function is to invest in private equity, infrastructure, global and regional real estates.

She started her career with Arthur Andersen & Co as a Senior Financial Consultant in the Audit Division. In 1990, she joined Maybank Investment Bank (previously known as Aseambankers) and was promoted to the position of Executive Vice President, Corporate Investment Banking in 2005.

She is a member of the Board of Directors of Projek Lebuhraya Usahasama Berhad, United Plantations Berhad and Yinson Holdings Berhad.

She was appointed as a Chairman of Institutional Investors Council Malaysia (IIC) since January 2020 and she is currently a Board of Trustees, Yayasan Khazanah.

Puan Rohaya Mohammad Yusof graduated with a Bachelor’s Degree in Commerce (Accountancy) from Australian National University, Canberra, Australia and she is an Associate Member of CPA, Australia. 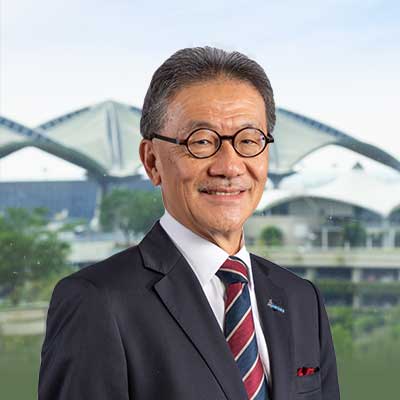 Datuk Seri Yam Kong Choy was appointed to the Board of MAHB as an Independent NonExecutive Director on 1 December 2013 and was subsequently appointed as Senior Independent Non-Executive Director on 2 November 2016. He is a member of Board Nomination & Remuneration Committee, Board Finance & Investment Committee and Chairman of Board Risk Management Committee of MAHB. He is also the Chairman of Malaysia Airports (Niaga) Sdn Bhd and a Board member of KLIA Aeropolis Sdn Bhd and K.L. Airport Hotel Sdn Bhd.

Datuk Seri Yam had an illustrious career spanning more than 35 years in the construction, real estate and corporate sectors with the last 12 years until 2008,helming two different award winning public listed property companies as their Chief Executive Officer (CEO) and Managing Director. Datuk Seri Yam was voted the “CEO of the Year 2002” for Malaysia by American Express Corporate Services and Business Times.

Trained as a building engineer in the United Kingdom with various companies and the British Civil Service, Datuk Seri Yam is a Fellow of the Royal Institution of Chartered Surveyors and also qualified as a Fellow of the Chartered Institute of Building after his graduation in Building and Management Studies from University of Westminster, London. Upon his return to Malaysia, he had served in various large companies, such as Landmarks Berhad, Peremba Malaysia, Country Heights Holdings Berhad and Sunrise Berhad and was actively involved in the development of hotels, resorts, shopping malls, golf courses, international schools, residential and mixed developments in Malaysia, Australia, United Kingdom, Mauritius and South Africa.

Datuk Seri Yam is currently appointed as a Senior Independent Non-Executive Director of Paramount Corporation Berhad and also an Independent Director of Sunway Berhad, Standard Chartered Bank Malaysia Berhad, Standard Chartered Saadiq Berhad, Cahya Mata Sarawak Berhad and Government incorporated statutory body, Construction Industry Development Board. He also serves as a member of the Board of Trustees of Standard Chartered Foundation and is the Immediate Past President and Patron of the Real Estate and Housing Developers’ Association of Malaysia. He is the incumbent Chairman of InvestKL Corporation and an Independent NonExecutive Director of Kwasa Land Sdn Bhd, a wholly-owned subsidiary of the Employees Provident Fund (EPF). Datuk Seri Yam had also established a private equity, corporate advisory and project management consultancy known as Impetus Alliance Advisors Sdn Bhd to provide advisory services to various companies in the region. 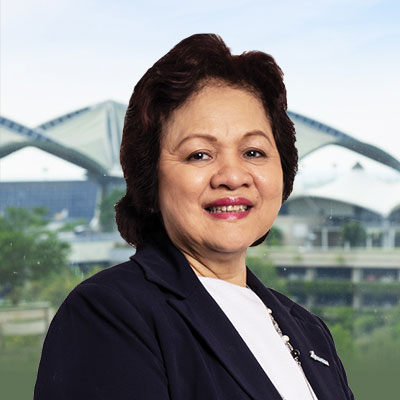 She later joined the Ministry of Finance (MOF) in 1997 as Senior Assistant Director of the Budget Division and continued to serve in various capacities including with the Government Procurement Division until her retirement in May 2011 as MOF’s Deputy Secretary-General (Operations).

She was also the Government Procurement Advisor, MOF, from June 2011 until June 2013.

She graduated with a Bachelor of Arts (Honours) from University of Malaya. In 2006, she attended the Advance Management Program at Harvard Business School, Harvard University, USA.

She is presently an Independent Non-Executive Director of Telekom Malaysia Berhad and a member of the Audit Committee of PKNS. 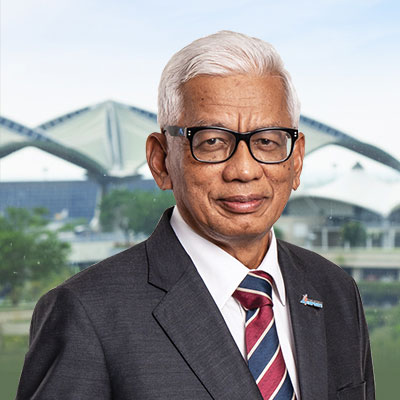 He was appointed as Bursar of Universiti Putra Malaysia from 1991 to 1993 and Director of Corporate Services at the Accountant General’s Department from 1993 to 1994. He was the Financial Controller/ General Manager of Finance at Kuala Lumpur International Airport Berhad from 1994 to 1996 before joining Putrajaya Holdings Sdn Bhd from 1996 to 2008 as Senior General Manager.

He obtained a Bachelor in Economics (Honours) and a Post-Graduate Diploma in Accounting from University of Malaya. He also holds a Master in Business Administration from Universiti Kebangsaan Malaysia.

He is a Chartered Accountant, member of the Malaysian Institute of Accountants (MIA) and had formerly served as a Council Member, Chief Executive Officer and as Registrar of MIA. 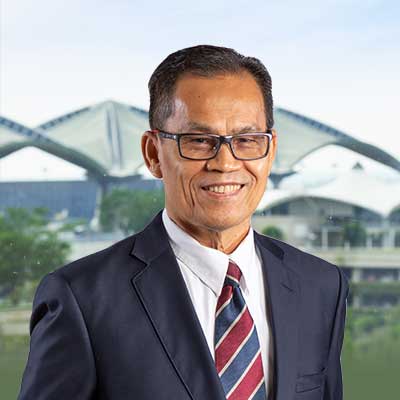 Dato’ Ir Haji Mohamad Husin was appointed as an Independent NonExecutive Director of MAHB on 15 August 2016. He is a member of Board Procurement Committee, Board Audit Committee and Board Finance & Investment Committee of MAHB. He is also the Chairman of Urusan Teknologi Wawasan Sdn Bhd and a Board member of KLIA Aeropolis Sdn Bhd.

After graduation, he started his career as a Water Engineer in Public Works Department (JKR), Ministry of Works. He had served JKR for 35 years invarious capacities including as a District Engineer, Assistant Director, State and Branch Director, respectively. He was the Director of Roads before he was promoted to the post of Deputy Director General, which he held in 2007 until his retirement in 2013.

During his career in the government service, he was involved in the construction of development projects, and maintenance of government facilities, mainly involving roads, buildings, ports and airports.

He was also active in the road engineering and civil engineering fraternities and served in various capacities in organisations and societies such as Road Engineering Associations, Intelligent Transportation System and Institute of Engineers.

Currently he also sits on the Boards of Johawaki Holdings Sdn Bhd and Bridgex Sdn Bhd and companies related to these groups. 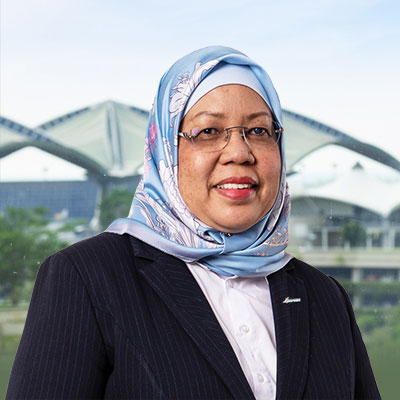 Datuk Azailiza had served as the Special Envoy of the Government of Malaysia from April to July 2016.

From November 2014 to April 2016, Datuk Azailiza served as the Solicitor General of Malaysia assisting the Attorney General in the performance of his statutory duties, in particular in advising the DYMM Yang di-Pertuan Agong, the Cabinet and Ministers on legal matters. Prior to this appointment, Datuk Azailiza was the Deputy Solicitor General 1 (Advisory Sector) from April 2012 to October 2014. Datuk Azailiza contemporaneously served as Acting Director to the International Centre for Law & Legal Studies, a research institution attached to the Attorney General’s Chambers from July 2011 to April 2016.

Datuk Azailiza served as Senior Federal Counsel at the Economic Planning Unit, Prime Minister’s Department from 1992 to 2000, Senior Assistant Registrar at the Kuala Lumpur High Court from 1989 to 1992 and Magistrate in Melaka from 1985 to 1989.

Datuk Azailiza has a Bachelor of Laws from Universiti Malaya and has over 30 years of experience in legal work relating to domestic and international matters. Datuk Azailiza is currently a legal practitioner attached to Messrs. Gani Patail Chambers (GPC).

Datuk Azailiza also sits on the Board of FELCRA Berhad. 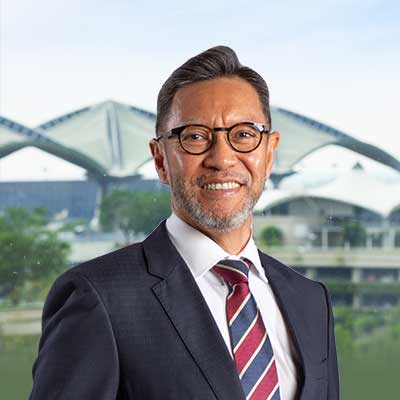 Mr. Ramanathan Sathiamutty was appointed to the Board of MAHB as an Independent Non-Executive Director on 1 January 2019. He began his career as a system engineer at IBM Corporation Malaysia and was subsequently appointed as the Managing Director for IBM Malaysia in January 2010. His career at IBM spanned 24 years and he was involved in the telecommunications, utilities, media and entertainment sectors.

Throughout his tenure at IBM, he managed the venture capital portfolio, where he was based in Japan. He also led a team to develop strategies on software acquisitions in the USA and served as the managing partner for delivery at one of the largest telecommunications companies in India.

He subsequently took on assignments in Korea as part of IBM Korea's senior leadership team after which he went to Singapore to be part of the ASEAN leadership team. He is a sought after speaker and was engaged to speak at the ASEAN Leadership Exchange, 9th ASLI Leadership Forum and the 16th Malaysian Banking Summit.